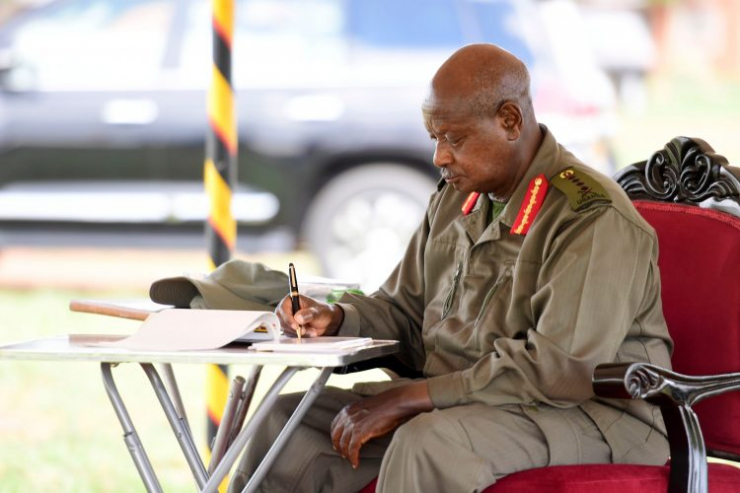 Government has released the program to be followed on Wednesday at a function where President Museveni will be inaugurated for a sixth term.

Museveni will on May,12 be sworn in for a sixth term after being declared winner of the January 14 polls.

In the program released by the Ministry for Presidency, the function will begin as early as 8 am and end at 2:30 pm on Wednesday.

“The Chairperson of the Electoral Commission will then invite His Lordship the Chief Justice to proceed to the swearing-in Podium to administer the Oath of Allegiance and the Oath of President to the president-elect. His Lordship the Chief Justice, the Head of Public Service and Secretary to Cabinet, and the Chief Registrar will proceed to the swearing-in podium and the Chief Registrar will present the Bible and Oath of Allegiance to the president.”  Read more